Save money and the environment with a new car loan

While Australian car culture was founded on V8s and the Mad Max films, the times they are-a changin' - as one famous troubadour once put it.

Now, motorists want vehicles that deliver performance, comfort and style without the emissions that came with these traits in the past. Luckily, most manufacturers are responding to these concerns, so you can use car finance to save your wallet and the world. Here's three ways to do it:

Sure, it may have become a laughing stock at the hands of Jeremy Clarkson and co, but Leonardo DiCaprio and Jessica Alba both own one. Whose taste would you trust more?

The plucky Prius is also sure to become a piece of automotive history, being the first car to bring hybrid power to the people. The car's combination of petrol engine and electric motor means it uses minimal fuel compared to its stablemates at Toyota, passing the fuel savings on to you.

Although it was the first model that made the biggest splash, Toyota is still releasing updated versions of the Prius. If it was good enough to create such a stir on release, imagine what the new ones are like.

The next logical step in the journey the Prius started, the Tesla Model S boasts one unique selling point that sets it apart from other machinery.

As most motorists are aware, hybrid engines use less fuel than their full-petrol counterparts. The Tesla Model S, on the other hand, uses none at all.

That's right, zero fuel for zero emissions. The Model S is an all electric car, meaning it can be charged - for free! - in the comfort of your own home.

Not only does it save on fuel, there's less maintenance with these vehicles too. This is because they possess only one moving part, meaning no oil changes and cambelt replacements, just smooth motoring.

What if you want all the benefits of these cars but need to cart the family around, go off road, and tow a caravan?

The answer is the Volvo XC90 T8, the same safe, sleek SUV with an all-new option under the hood. This year, the vehicle can be equipped an engine that includes nearly every development pioneered over the last century.

The XC90 comes with a standard internal combustion engine that's fed by a turbocharger and supercharger for the best combination of power and efficiency. As if that wasn't enough, it's mated to an electric engine too, allowing the vehicle to run without using any fuel. 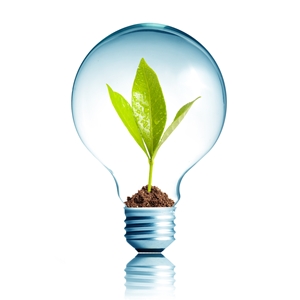 Should your company vehicle be electric?

Electric Vehicles – The Pros and Cons

Is there a future for electric cars in Australia?