In the market for a new vehicle that you can get car finance for?

With a plethora of different models out in the market, It can be difficult to pick and choose.

If you're struggling to make a choice, it doesn't hurt to take a look at what the rest of Australia is buying. A report by the Federal Chamber of Automotive Industries reveals three of the best-selling cars in the country over the month of August.

The Holden Commodore saw 2144 units being sold and was the third best-selling car. Holden vehicles are an icon in Australian culture and are loved for their power and sheer masculinity. The new Commodore SV6 Storm is no pushover when it comes to muscle either, boasting a 3.6L V6 engine under the hood and special 18 inch alloy wheels to give it that sporty appeal. It also has plenty of useful features like satellite navigation, a touch screen system and automatic park assist.

Coming in second is the Mazda3 at 2,673 units sold. This vehicle achieves the athletic feel of a sports car while still being fuel-efficient. This is possible through what Mazda calls SKYACTIV Technology, which aims to boost fuel efficiency while improving output. An example of this is the Mazda3's SKYACTIV frame, which is made of innovative materials that are light yet durable. It's engine with the same brand name also allows it to produce more power and mileage per litre of fuel.

The car that saw the most sales is none other than the Toyota Corolla, selling 3,050 units over the month. This Japanese car, which has long been a household name across the world, is synonymous with safety and reliability. The latest Corolla hatch is now more agile than ever with a 1.8 litre 4-cylinder engine and a sleek, aerodynamic body. And once again, safety is a main priority to Toyota's engineers, employing 7 SRS airbags in the vehicle to ensure every passenger is protected in the case of an accident. This, combined with its advanced braking system and reversing camera, has earned the car a full 5-star ANCAP safety rating.

So there you have it. Australia's most popular cars to buy as of late. Even if you don't buy these vehicles with your car loan, use this as a starting point on your quest to find a car.

Take note of the features that make these vehicles so popular, and you might have a better idea of what to look for in your new car. 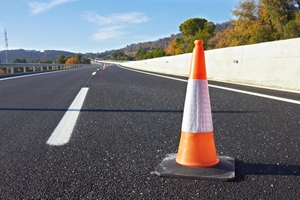 3 new cars to watch out for this year

Save money and the environment with a new car loan